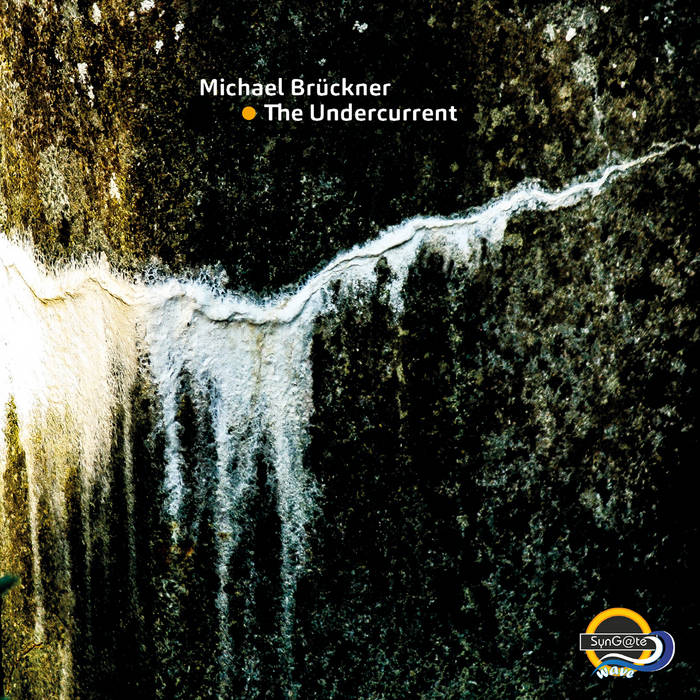 The music of "The Undercurrent" (mostly recorded in 2016 and partly included in some compilations released back then) reflects my feelings about a lot of things going on in the world on the social, political and ecological level right now and tells a tale of contrasts between sinister tendencies and bright hopes, between decay and growths and between stagnation and evolution.

The vaults in which I keep my yet unreleased music are vast - while I have a reputation of being rather prolific, there's probably still as much music sleeping my archives as I have already published on albums. And most of it is actually not worse than what has seen the light of day...

The reasons for some music still sleeping in the shadows are manifold: some is from collaborations that never were finished. Or from testing new instruments or software, or compositional concepts, outside of ongoing album projects. Or for concerts that didn't take place. Or unreleased recordings of concerts that did take place. Some were just private gifts for listeneres who are personal friends. Others just warm-up improvisations or having some unintentonal fun in my little studio. Or from sessions for an album that I couldn't quite finish at the time. Or even some completely finished albums, which didn't fit into my "release schedule" yet. Or contributions for compilations that never happened. And then of course: contributions for compilations that DID happen!

You might say those compilation tracks actually have been already released, and it's true. But often compilations contain so many music today that single tracks tend to drown in the mass of music, and also they are somewhat short-lived and soon forgotten. For this reason, I feel that I'm entitled after a couple of years to claim them back, and include them into one of my regular, "official" albums.

Well, this "prelude" should paint the background for the story of "The Undercurrent", although there's another thing that preluded it:
Early in 2019, I was invited by my old musical friend Detlev Everling to play a concert with him in summer. We wrote new music for that occasion, and the plan was to release this music on Syngate after the event. It was a good plan, and all went very well, except for one thing: the recording of the concert! So, we had to postpone this project (it will hopefully be released in the spring of 2020).

But I still wanted to do a release on Syngate still in 2019 (since it's my habit since 2012 to release at least one album per year on the label). No problem I thought - there is so much material at hand (as described above) - and I immediately thought of two particular items from my archives, one being a complete concert from 2013, the other a set of (for my standards) very active and quite powerful sequencer based tracks with a trance touch which had accumulated between 2009 and 2013 that mostly came from equipment tests (but I always thought they would form a cool album together). It turned out though that in the end I didn't use either of these (I will do some day, though).

Instead one day while still concentrating on the concert material, I had the idea to re-post a track called "(B) AUM" on my Facebook page that had been included in a charity compilation dedicated to the protection of trees, and when I listened to it again for the first time in some years, I thought that it was a very nice track and that it deserved to be on an album. But it didn't quite fit into the other two ideas I was juggling with at that moment...

I looked into the old project backup of that track anyway (it was from 2016) and there I found that it actually had a "sister" track that was based on the same material, but had a much darker mood - going by the working title "Baum for Ambient Online".
I didn't quite remember that, but found that it had been included on the "Ambient Online Compilation 8 - Part 1" under the title "San Benedetto". Which brought some other tracks I had submitted to a couple of Ambient Online Compilations, next one also on number eight, but Part 2 - and entitled: "The Undercurrent"!!!

Both track shared a similar tempo, a similar sound and also a somewhat dark mood, and while I listened to them again - and also in contrast to the more positive "(B) AUM" - suddenly something clicked, and a vague story seemed to suggest itself, and I felt that the feelings the music evoced in me reflected my feelings about a lot of things going on in the world on the social, political and ecological level. I got quite excited about that and filed through my archives if I could find more tracks that would continue - or complement - the tale I felt was about to take shape. And I indeed did find some (one more compilation track, and then some yet unreleased ones)!
From there it was a question of finding suitable combinations, and transitions, and doing some adds and edits, until I arrived at an arrangement that felt satisfying to me, and that would coherently convey the story - and the result is the album at hand!

Or almost - for in the end, I had not used the track that had started the "chain reaction" - "(B) AUM" - which I found a bit frustrating.
And so I decided to include it as a bonus track in the download version. Or as an "alternative album track" rather, for it is mixed in such a way that it can replace it's "darker twin" in the seamless flow of the album. And while I was just at it, I gave the same treatment to another track that I had replaced in the process (but somewhat hesitantly, because it was cool, too).
Now the listener can create alternative versions of the album himself by replacing one or two of the original tracks with their alternatives - and there's even an alternative cover to suite the different mood of the alternative album included in the download!