During A Lull And Other Tales (XXL​-​Version) 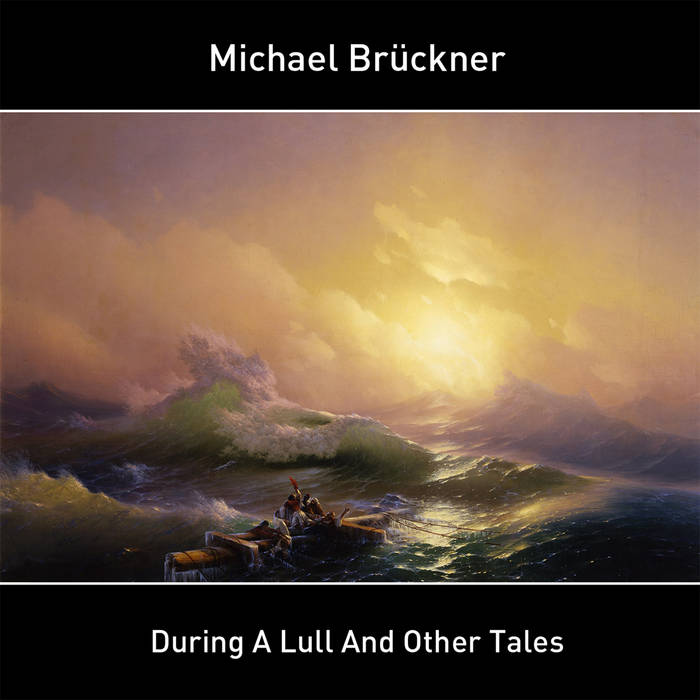 Michael Brückner about his album:
This time, the album on offer is (almost) pure Berlin School - sequencer driven space music based on (mostly) minor chord progressions provided by analogue(ish) synth strings and mellotron(ish) choirs, above it all the inevitable moog(ish) soloing - that kind of thing (with only a few gimmicks thrown in for variety).

I tend to see it as a slightly darker and more monochrome brother to last year's "Trees Of Olivanda" (You might notice there's also the theme of water again in the cover art - which this time I borrowed from some old masters of the Romantic era...).

Most of the tracks have been recorded already a year ago or even more. Actually the core of the release is formed by three tracks I had submitted for a compilation curated by the people of the EMPortal - which sadly never happened (so far), so after a long wait, I decided to use those tracks on this album instead.

One of these tracks- the title track of the album - is actually a new mix of something I had put on SoundCloud still more time ago, and which quite a few listeners said was cool - one of them even asked if it would be on an album one day: well Mike, here we go...

I also used part of another "SoundCloud favorite" from early 2017 for another track; the two additional tracks (plus the bonus track) were improvisations I recorded in the spring of 2018 and edited them slightly to complete this album (which in fact was finished in August 2018 already, but I decided to release it only after P'Faun's "The Golden Peacock").

Thanks for Your attention, and once the album is there: ENJOY! :-)